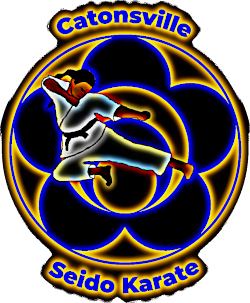 During the COVID-19 crisis we are offering outdoor and online classes only. See here for details and updates, or watch our Facebook page, facebook.com/CatonsvilleSeidoKarate.

During the COVID-19 crisis we are offering outdoor and online classes only. See here for details and updates, or watch our Facebook page, facebook.com/CatonsvilleSeidoKarate. 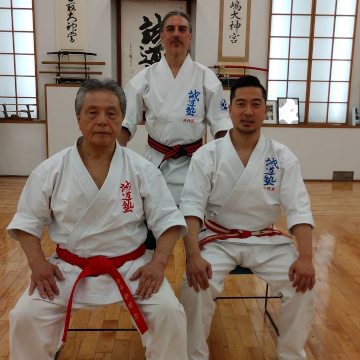 After receiving black belt ranking in October 1995, he spent several years as an assistant instructor under Sei Shihan Kate Stewart at the Howard County Seido program before starting the Catonsville Seido Karate program in January of 2002.

While his primary interests in karate training are personal development and self-defense, Jun Shihan Tom has also competed in tournaments ranging from regional to international.

He brings firsthand experience with Japanese culture to his training and teaching. In 2007 he had the rare opportunity to spend three months living in Osaka (the third largest city in Japan) and to teach karate there; and in 2012 and 2017 he was part of special Seido Karate demonstrations led by Kaicho Nakamura at Shinto temples in Japan.

Jun Shihan Tom holds a master's degree in Computer Science from the University of Maryland, College Park and works professionally as a software developer. He is also a graduate of the Shiatsu and Asian Bodywork program at the Baltimore School of Massage, an NCCAOM Diplomate in Asian Bodywork Therapy, and a Maryland Certified Massage Therapist, with a small private practice. The knowledge of the human body he gained in this study has been of great value in his subsequent karate training. 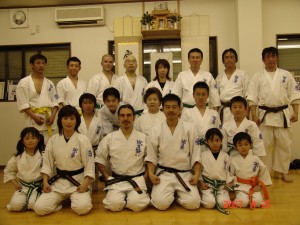 Jun Shihan Tom is also a published author and a semipro blogger on nature-based sprituality, and has built a reputation in the Baltimore arts community as a poet and singer/songwriter.

He blogs about karate at Sky Hand Road, and more information about his projects outside of karate can be found at his homepage, infamous.net.

From the archives...Jun Shihan Tom as a young brown belt circa 1990