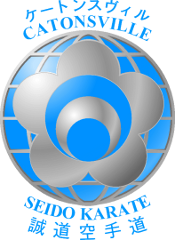 The School of the Sincere Way

We present here a brief outline of the history and lineage of Seido Karate. More information is available at the World Seido Karate Organization Home Page, and in the books Karate:Technique and Spirit; The Human Face of Karate; One Day, One Lifetime; and Karate Kyohan, by Grandmaster Tadashi Nakamura.

Seido Karate was founded in 1976 by Kaicho (Chairman) Tadashi Nakamura.

Kaicho Nakamura came to New York City in 1966 to bring the Kyokushin Karate style of Master Masutatsu Oyama to the United States. He was a leading student in the Kyokushin-kai, holding a seventh degree black belt in that system. He was also a renowned competitor, including among his victories a famous knock-out of the Thai kickboxing champion in a 1962 match between representatives of Muay Thai and the Kyokushin-kai.

But this growth was not all positive. Kaicho Nakamura began to feel that the growth of Kyokushin Karate in the U.S. was being pursued without sufficient regard for the quality of the instruction and training. He also began to find differences in philosophy with his longtime mentor, Kancho Mas Oyama.

In 1976 Kaicho Nakamura respectfully withdrew from the Kyokushin-kai and began to build Seido Juku, "the school of the Sincere Way". The path was not easy - some extremists within the Kyokushin-kai moved to banish him from the martial arts world, and he was defamed, vilified, and even shot! (The complete story is told in his autobiography, The Human Face of Karate.)

But he persevered, and built Seido Karate into a world-wide organization. Today the Seido Honbu in New York is one of the largest martial arts schools in the world, and thousands of students around the world train in affiliated Seido schools - there are Seido dojos on every continent except Antarctica.

The historical relationship of Seido to other forms of karate

Fundamentally, all martial arts share the same nature; the human body moves the same way in China, Japan, Okinawa, or the United States, and the nature of human violence and self-defense is pretty much constant. However, to understand the training methods of a specific school, a historical perspective can be useful.

The roots of Seido Karate can be traced back through the Kyokushin system, into the Japanese Goju-ryu style of Master Gogen Yamaguchi (and further back to Master Chojun Miyagi's Okinawan Goju-ryu) and to the Shotokan school of Master Gichin Funakoshi. Seido incorporates kata (forms) from both of these lineages, as well as kata developed by Kaicho Nakamura.

Kaicho Nakamura was introduced to Karate by his elder brothers, who studied Wado-ryu and Goju-ryu; his own first training in Karate was under Sensei Kei Miyagi, son of the famous founder of Goju-ryu, Master Chojun Miyagi. He also holds a dan (black belt level) ranking in kendo (Japanese fencing).

Kaicho has also studied Zen meditation, and holds a degree in psychology.

All of these factors and influences have inspired Kaicho Nakamura to create a system of Karate training for self-development, self-defense, and physical fitness, that is rooted in the best budo traditions but also answers to the needs of modern people all over the world.